serial the opera by Cecile Ducruc and Benjamin Adam come back to second season Eight episodes Available on OCS Since September 20. After questioning racial biases in dance, the series addresses the exact problem of Ethical harassmentbesides a leadership crisis That deliciously resonates with reality. As in the first season, this second one is leaving A real place to dance, whether by organizing dancers passionate about their profession or by filming dance lessons, work and performances. among them, spring rite, whose performances and rehearsals feature prominently in later episodes. This clip was designed by Simon Le BornParis Opera Ballet Dancer. For DALP, back to This experience in the dance industry on screenAnd his vision of the series as a member of the institution and his rich plans for the next season.

the opera Is a series about your institution, the Paris Opera. Did you have any apprehension before committing to it?

Astrid Boatel, the series’ artistic coordinator, worked as an assistant to Elizabeth Blattel when I was at Dance School. She advised me, and one of the producers, who lived in the opera, saw who I am. I hesitated before accepting, I had concerns, as I had not yet watched the first season, which had not yet aired when the second season was filmed. Then I said to myself that, anyway, it was a good experience. It also happened at a time when I was on vacation from the opera for a few months, so it was fine.

What was your job in this second season?

I had to create a short solo clip for a scene during the episode in the Varna Competition. First of all, I designed a clip of spring weatherWhich we see in the rehearsal on several episodes, which concludes the season. The production presented me with this topic and I agreed, choosing the part I will choreograph, five minutes from the score. As a choreographer, creating a profile spring weather Not necessarily what I want, the narrative aspect inherent in this work is holding me back a bit and it’s so much done in an unbelievable way by Pina Bausch… But the music is so beautiful that I took the chance, this work is for the series the opera He would let me I immerse myself in this music. It is great to discover and organize this result.

How did you organize your work?

I knew I would A very heterogeneous group, among dancers, professional dancers, actors and actresses who have danced for a while, and others who have not danced at all. So I prepared a lot in advance. I analyzed the sectionI found a way to either count the music or to remember the highlights. An opera vocal coach helped me figure out how to count certain parts. Then I prepared a lot of dance material in advance, pre-written sentences. To learn the group’s choreography, I began improvising as a warm-up, prompting them to find a specific gesture that I would then use in the choreography. Feel the movements starting from the center, unfolding along the arms or the back, find some relaxation in the arms… 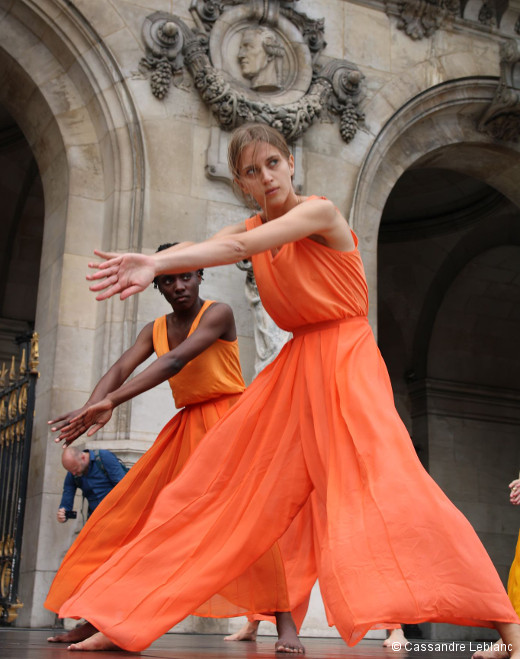 Among the performers, you have had actors and actresses who have never danced. How do we get them to own the movement?

I don’t think I have fully answered this question. It was done according to each person, how they felt, how they perceived the movement, and what we saw from it. We had to adapt to everyone. Some, even if they are not dancers or dancers, manage to understand the movement well, anyway they have The ability to focus that gave results very quickly. For others who aren’t used to designing and memorizing a gesture, it can be more complicated. You then have to be patient, show, re-explain, use other words, and give them physical reference points that they can then stick to. Sometimes we win in one place while we lose in another. It is therefore a game of balance and building on their bodies.

The workouts weren’t easy, not everyone was always there and we had to deal with everyone’s little physical issues. But the general opinion is that things went well and I feel I was able to get something out of everyone, each at his or her own level. Everyone was so excited I was easily influenced at times in understanding the movement.

In the series, the representation of this spring weather It takes place in the front yard of the Palais Garnier, in reference to the performance of Swan Lake Dancers from the Paris Opera in the wake of the strike against pension reform – even if the artists on the series are protesting something completely different. What memories do you have from this photo session?

It was very exciting and impressive. There is a great team, several cameras, a crane, a hundred extras … And above all, a schedule and detail of each shot, according to the different cameras, must be respected. I had the role of liaison between dancers and productions, It was very motivating. We had to interact, give the performers the right start, give feedback quickly after the show, and check with Simon Catonnet’s assistants if plans were good for the dance. There was also a bit of negotiating to get a shot back despite the schedule, the choices to be made, sacrificing one bullet for another… and all in one morning.

Have you thought about the role of the camera while working as a choreographer?

Not right. I took the space into particular consideration, so spread out with little depth. So I prefer the creation in a somewhat forward-looking manner. I knew the location of the cameras and their desire to roam among the artists. I thought I’d put in the space the actors and actresses who held the lead roles and who were due to be filmed at a certain moment. You have been able to give clues about a particular way of depicting movements or combinations of movements. But even if I had a say in the editing process, I couldn’t really choose how to portray the whole thing. So I did not participate in the choreography thinking game according to the video, I knew it wasn’t my job.

In some aspects, I was reassured: the fact that it was filmed makes it possible to redo several shots, to decide what to keep in the editing, etc. On the other hand, the context of large production can be frustrating. I had no control over the entirety of what I made, over its authenticity. Even if I had the right to consider, it was production that had the final say, like fashion, for example, which wasn’t necessarily my choice. But I knew it was going to be like this and I played the game, and it was also interesting to comply with the director’s expectations. 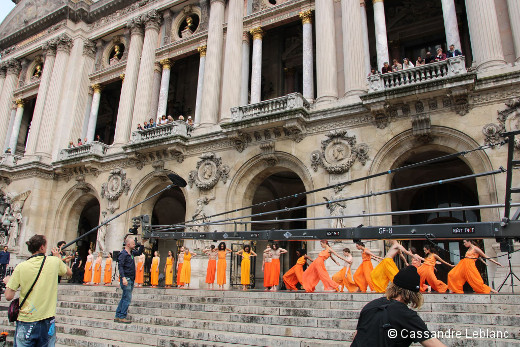 Apart from performances and rehearsals for this spring weather He appears prominently in some episodes. Did you take part in filming these scenes?

No, because I am no longer available. But there were discussions. And so the director saw us doing Our account is working During a rehearsal and I thought it was something to film, I made a scene out of it. Rafael Personazwho plays Sebastian Chino, the choreographer for this spring weather, came to rehearsals. Already to learn small parts of choreography, and then to exchange with me, to know what vocabulary to use. The script writers also asked me for their opinions on his dialogues. The team was inspired by what they saw at the rehearsal.

As a dancer from the Paris Opera, how do you view this series? Does that seem fair to you about your organization?

I only saw the first season. Not only does the series completely avoid some clichés, but it also knows how to be fair in certain aspects.. Inevitably, we are challenged by small details that are not credible to us. It’s inevitable, the series is about an institution we know by heart! But pretty quickly, I detached myself from these little details to see this series for what it is. In the first season, which is about the problem of racial prejudice in dance companies, there are situations I didn’t realize, because I don’t come face to face with them directly as a white dancer. While the scene of a black dancer mistaken for a cleaning lady seems big to me, the situations depicted in the series can really be what black dancers and mid-dancers encounter in general, not necessarily in Paris. Opera.

What are your plans for the rest of the season?

I dance in creativity heart cry by Alan Lucien Owen At Palais Garnier until October 13. After that, I’m on vacation from the Paris Opera. I have residency projects to create a show between music and video, a solo show I made in 2021 that I’d like to remake. Then in January 2023, I am going At the Wuppertal Theatre for a long decade. I was in touch with Boris Charmatz and he suggested I join him at Wuppertal when he took over Pina Bausch. I actually took five months off from the opera in 2021 and it went by pretty quickly, so I wanted to come back for longer. Neither the programming nor the change of direction – I had made my decision before – was what made me leave. This desire, this very need, to change the environment has followed me for a long time. Even if I am very happy with what I was able to do at the opera house, I want to discover something else.

the operaseries created by Cecile Ducruc and Benjamin – Season Two of eight episodes has been available on OCS since September 20.