Mother Nature, first, because this is where the main mystery of this edition is presented. The festival took place in a completely new location – still in the pre-Pyrenees of Spain, and only a few kilometers away when the crow flies from its predecessor, of course – but this novelty kept regulars in awe as the landscape of the ancient site was amazing. It is important to specify that apart from the individual phase in the form of a geodesic dome, most of the visible dimensions of the pool are mainly on the landscape of the Pyrenees.

So the question behind this edition was: Will nature, which occupies a central place in the identity of the festival, take such a high profile in a ski resort setting? Because, in fact, the new house of Parallel is located at an altitude of 1745 meters above sea level, a small Catalan resort with about forty kilometers of slopes. Fortunately, the show was held at their feet and the ski lifts did not spoil the pleasure of contemplation – the dancers with their backs to them. This year again, the panoramas were great and we managed to get lost sometimes in the cloudy skies worthy of Renaissance paintings, sometimes in a series of flashes of surrounding storms, sometimes in the density of starry skies cut at dark heights. A delight for astronomers with (or almost no) light pollution. A little light towards the dance floor wouldn’t be much at night – especially on the first night – when it was so dark that leaving your group of friends to go to the restroom meant risking not finding himself. .

In terms of carbon, the organization set up a dozen shuttle buses from Barcelona that transported about half of the audience to Port-del-Comte. To encourage this initiative, and in an environmental approach, personal vehicles had to pay a green tax of €5 at the entrance to the festival. An approach tinged with green ice if we take into account the fact that a large part of the festival-goers who came by shuttle first went to Barcelona by plane.

Intimacy, then. During its first three editions, Parallel emphasized its limited capacity of 1,000 festival-goers in order to offer the most comfortable experience possible. ” We have never hidden our desire to gradually increase the number of participants.”However, explains Felix, one of the founders. And so the scale rose to one thousand two hundred in 2019. With its relatively small audience and sophisticated musical offering, the event was built by bringing together an audience that shares the same love for technical and electronic music forms that mark a certain level of abstraction and numbness.

Affinity filter that translates into a meeting catalyst; The phenomenon that I can attest to with a little personal story because it was at the wedding of two of my camp-site neighbors from the previous version – who had become friends in the meantime – that I met my girlfriend. I think you’re upset reading this sentimental arc, so let’s go back to the sheep: This year the flock was 1,500 people. This increase will not hinder the Friday reunion gatherings as it appears that a large group of young and old happily gather each year are sent to the same camps as Parallel, Terraforma, Phase 3 of the Positive Education Festival and Melifera events… We don’t have the official statistics, but if Listen carefully, you can hear that at least half of the audience speaks French (there was even a Breton coup on the festival’s logo). 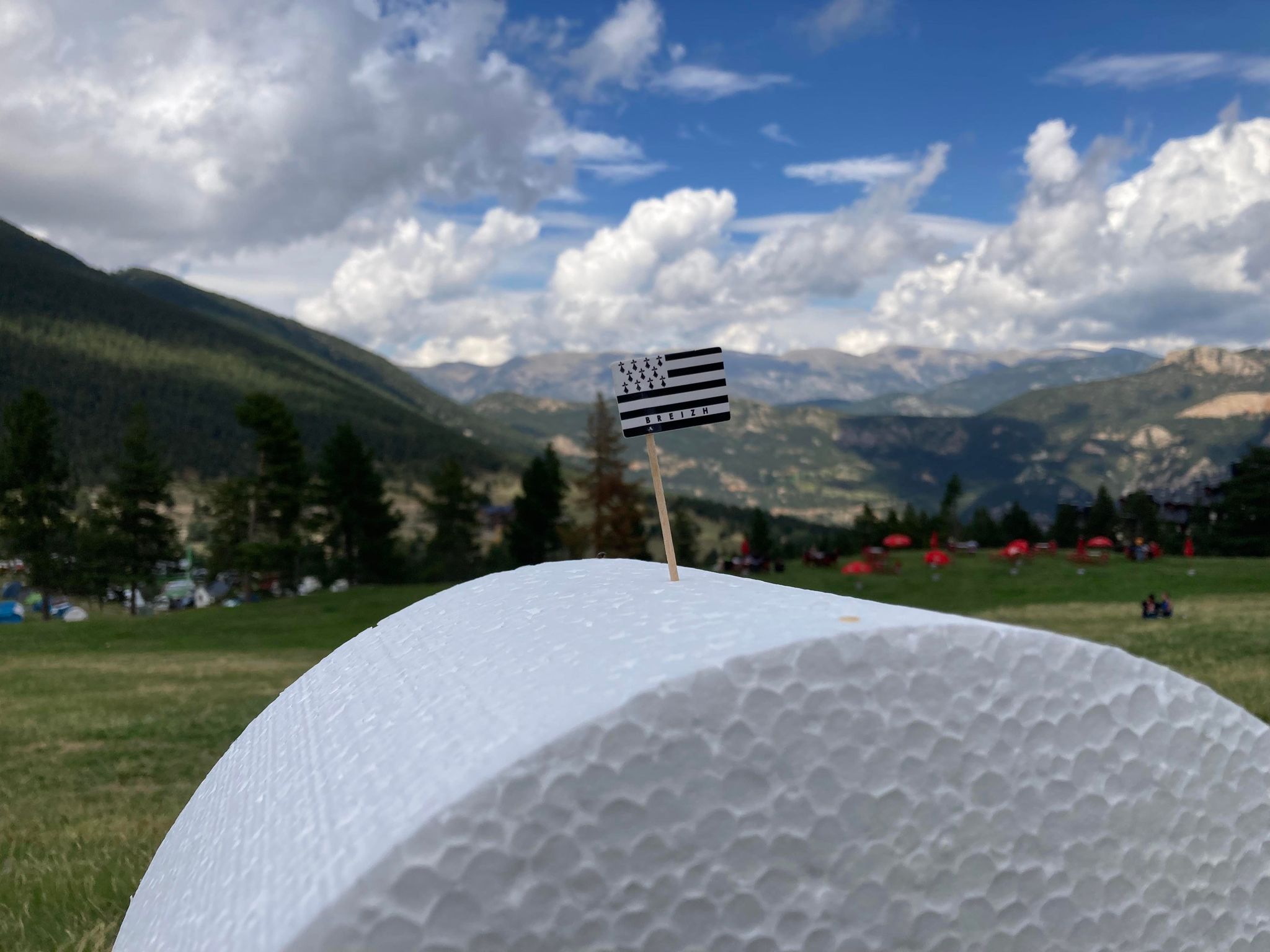 It’s even bleaker at the bar level: it seems to be understaffed and long queues form without it being an empty weekend. The price of the drinks becomes moot: €4 for half (without offering the pint format, which invites you out on the dance floor with a glass in each hand to reduce waiting time) and €9 for a strong + soft alcohol mix. ” After the pandemic, and in the context of the global crisis, we realized that most suppliers had raised their comparative prices in 2019. This put us in a complicated situation and had to increase our prices to balance the accounts. “Felix defends the organization.” Selling drinks is the main source of income for the festival. We ask festival-goers to keep this in mind, but some continue to bring their own alcohol without having it at the bar Despite communications about the ban on bringing drinks from outside, the search at the entrance, and the meter increase for an additional 300 festival visitors, the bar could have recorded lower consumption this year compared to 2019. We do not find this fair in light of all the efforts made so that people can have fun Felix says. 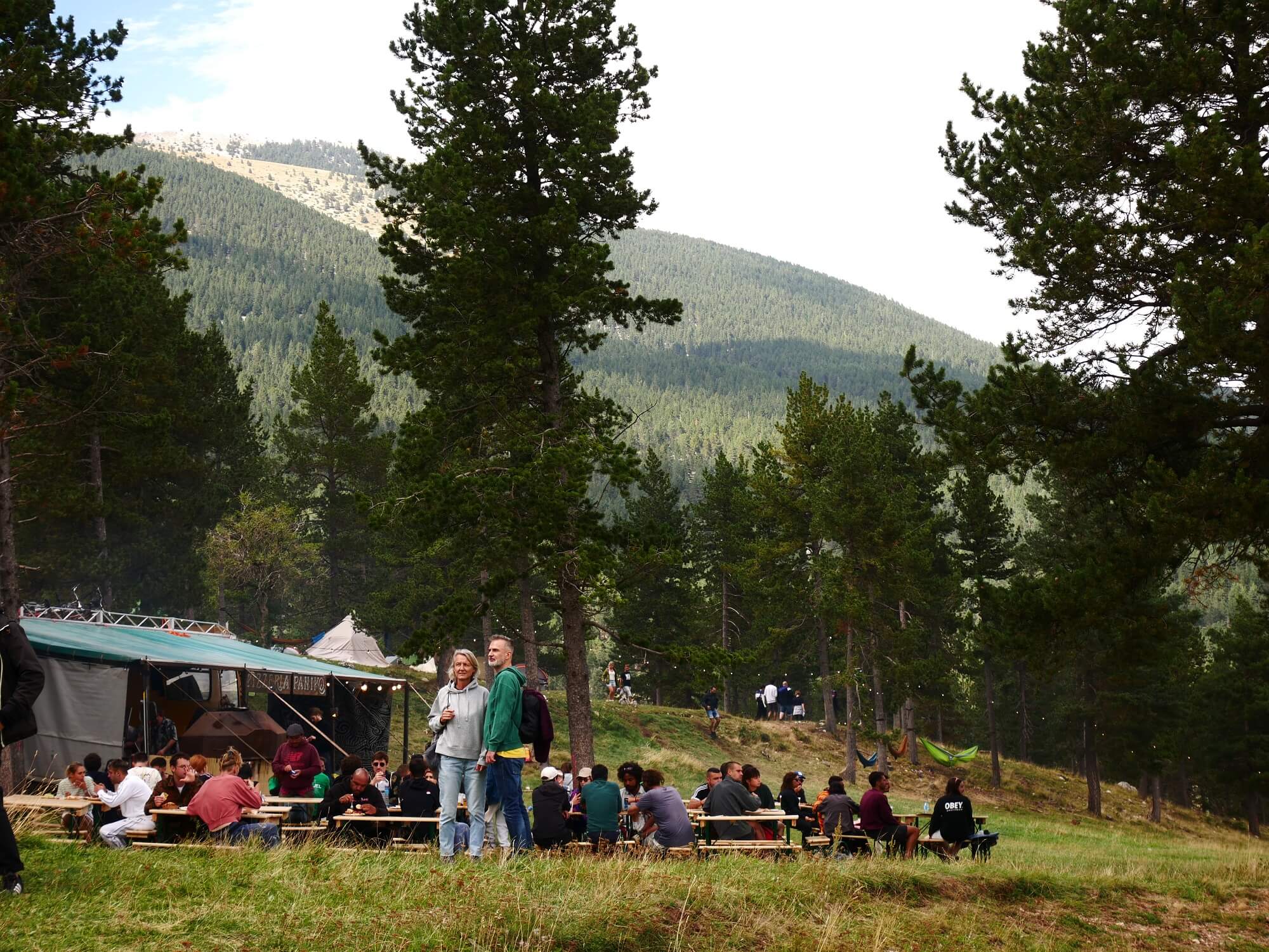 Who says a festival of purists is not a celebration of snoozers: but the food truck of the pizzolas that broadcast the tribe has at times been transformed into a second casual stage to the delight of its patrons, so much so that the owners feel obligated to justify themselves when they leave the stage to go see the real spectacle with the “volvemos pronto” sign estamos de fiesta” (“We’ll be back soon, we’re going to celebrate”). Compared to previous releases I seem to have heard more ‘four on the floor’ tricks and felt the musical vibe is less mental and ‘serious’ in general – a form of openness that I feel has been gaining on the deeptechno scene for a few years by teaming eg with drum’ n’bass, tribe or australian house scene / dnb / trance. 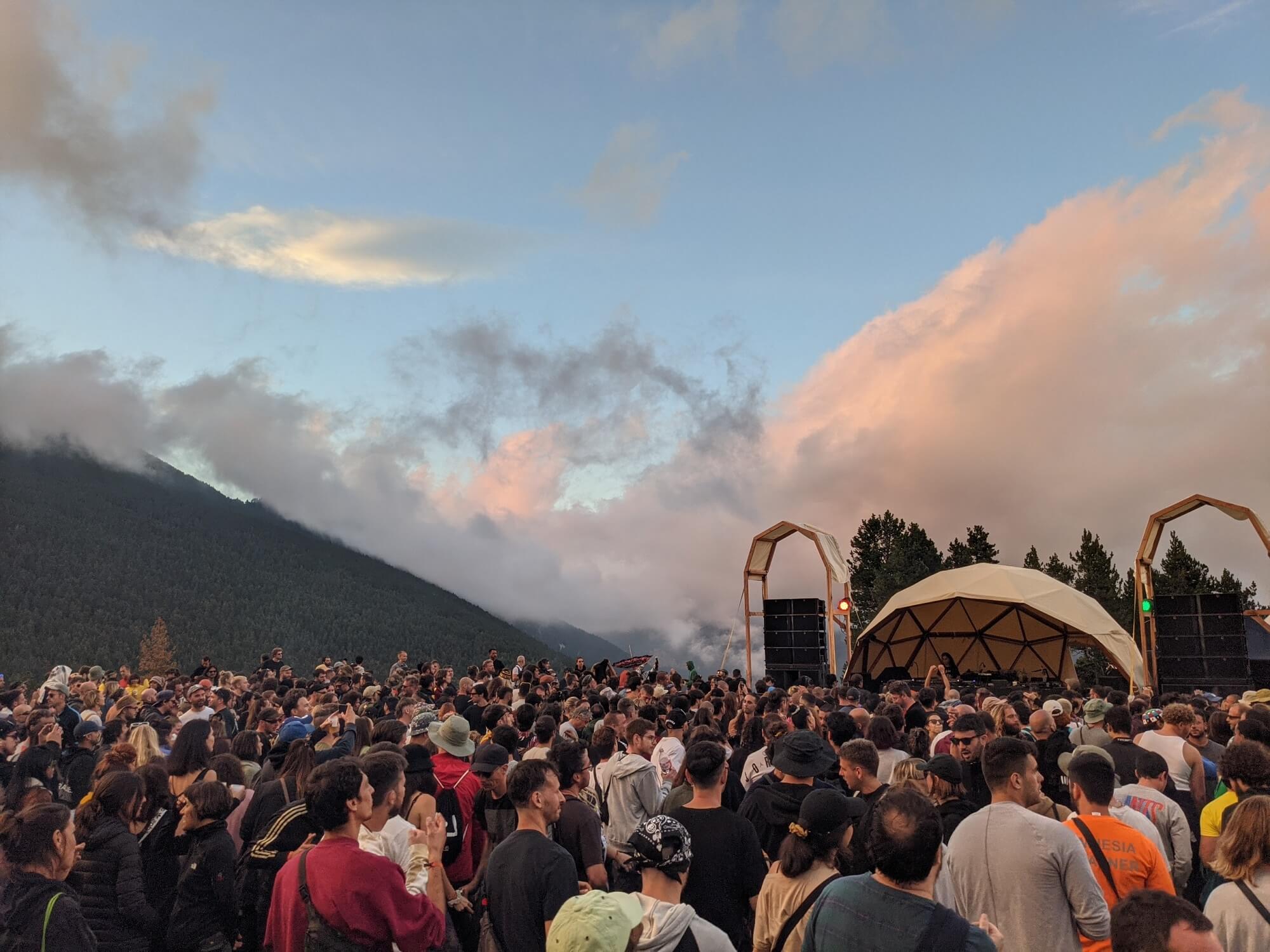 It’s interesting to note that we often try to categorize DJs into subcategories of electronic music and that in the end these artists can totally break out of these boxes by playing unexpected combos and researching the enormity of their track collections – like Jane Fitz is more or less successful (but mostly less) on Saturday nights. We always appreciate the 3am-11am audio cut-off allowing you to rest with dignity and which invites you to come and enjoy the music from the start of the day while relaxing in the meadow, taking advantage of the musical narration that intensifies over the course of hours.

In conclusion, Parallel has once again succeeded in providing the most delicious human and musical experiences by bringing together a community of lovable and curious souls enthusiastic about new forms of connection and transcendence through electronic music. Within a framework of diffusion that connects it with the grandeur of the elements and landscapes, this music finds itself enlarged and takes on very special proportions.

Wanting to grow over the years, this inner event tries to ironically overcome the challenge it has set itself. By choosing to choose its audience financially by increasing the price of drinks in the pub while banning bringing in outside drinks, does the festival – which already features a rather sharp artistic streak – not risk falling into a form of self-dismissal? There is certainly a balance and compromise to be found – perhaps playing the outside card more to avoid big fees for example. It would also be necessary to ensure flows are managed and wait times are reduced in the pub, totally incompatible with the idea of ​​intimacy he advocates for me. There is no doubt that the organized team – talented at learning from its mistakes and correcting the situation from year to year – will be able to correct the few mistakes that remain understandable for the first time in a new place.